Well its going on seven months as a Vegan and I am trying something new! I'm doing a 20 day Vegan Keto diet! I need to mix things up to lose a few pounds by the end of the month so I remembered hearing rave reviews a few months ago about Keto. What is  Keto? Well learned about Keto from a Soror who started her own blog called Live Keto Fab ! Please check it out! She was really passionate about how doing the Keto really changed her body and wanted to share what she's learned with others. When she gave me the overview I didn't see how a Vegan could do Keto! One thing I love about a vegan/plant based diet is all the carbs lol but I can say in seven days I've lost five pounds. I was up slightly last Thursday so maybe its more like three but either way today was my lowest weight in almost 18 months! And beat that by a pound!

If you're not Vegan there's a lot less work, thinking, planning involved. Its basically a low carb diet so if you eat meat there's plenty of options. So being Vegan poses a challenge because things like potatoes, rice, pasta, bread, beans, etc are all high carb and all things I've grown used to eating. Also fruit! I enjoy fruit but they are high in sugar/carbs. The goal with this diet, like all low carb diets, is to burn fat by reducing your carbohydrates that are typically used for fuel first.

All in all I don't hate it. I've made some great new dishes and really liked them! I am using a lot more processed foods/mock meat to round out my menu. I tried to reduce those foods in January so it kind of feels like a step back but I am only using them sparingly. I downloaded an app called Carb Manager to help me keep track. My goal is 44 Carbs a day per the app and I've been over that pretty much all week. I hover around 50 which I'm sure is still a substantial reduction hence the weight loss. These carbs, even healthy ones, add up quickly! It's just day seven for me but I can say I could not do Vegan Keto long term but I will definitely reduce my unlimited carb loading after my 20 days. I've lost 20 pounds in six months which is great; 1-2 pounds a week to ideal. With the information I have I can understand why my workouts do not yield faster results. This week I've done the treadmill, elliptical and the bike about 45-60 minutes. So nothing over the top but I may add weights this week. Lastly, below is a quick peek at my week in Low Carb Vegan! 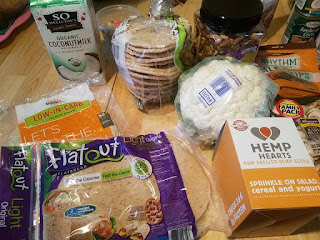 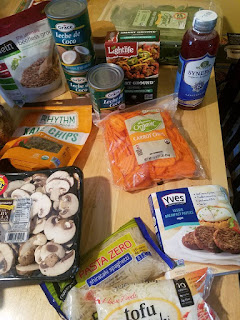 Welcome to my journey to a fit & fab life! I am using this blog to chronicle my workout routine. I have gone from working out 6-7 days a week -sometimes 2 times a day to almost nothing! I need a happy medium that I can fit into my busy lifestyle. I am an attorney, I have a 3 hour commute 4 days a week :-( which has severely impacted my energy and workout time! But enough is enough! I understand it is about choices and making time for myself again!


I am a member of The Links, Incorporated, Alpha Kappa Alpha Sorority, Inc. as well as the Junior League. I volunteer a lot as a member of those organizations and have a wonderful circle of friends and family that keep me on the go! I love to travel and that impacts my workouts as well. With all that being said I have been able to keep a steady workout in the past so its a matter of getting back on track!

So join me in making better choices to incorporate exercise into my life! Feel free to make comments and share ideas with me!